skip to main | skip to sidebar

What is Kundalini Yoga?

Kundalini is the subtle energy which runs through the chakras (the wheel of energy) of every body and helps us to have a greater universal awareness. Kundalini Yoga is the technique and science through which we awaken this energy, and activate our glands for the good functioning of our mind, body and soul.


How is Kundalini Yoga different from other types of yoga?

Kundalini is one of the more spiritual forms of yoga. It uses mainly dynamic postures, as well as some static postures. It places a greater emphasis on breathing techniques, and on meditation with the use of mantras than many other types of yoga.

Who can practise Kundalini Yoga?

Everyone from babies to children, teenagers, adults, the elderly and pregnant women can practice Kundalini Yoga. Each group requires a teacher who is specialised in that area.

Yogi Bhajan is widely credited for bringing Kundalini Yoga to the western world. He became a Master of Kundalini Yoga at the age of 16 in his native India, and in 1968 he moved to Los Angeles.

As well as teaching physical exercise, meditation and yogic breathing, Yogi Bhajan taught people how to live, how to relate to each other and how to relate to God. He established the 3HO organisation (Healthy, Happy, Holy Organisation), wrote over 30 books and over 200 manuals, and continually promoted the welfare and equality of women.

That yoga and meditation are today embraced by the west is largely a testament to Yogi Bhajan's vision and his life's work. 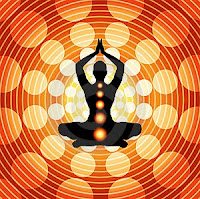 • Increase the flexibility of the spine, which is where Kundalini (energy) circulates
• Stimulate the chakras (the wheel of energy), which affect your physical and spiritual well-being
• Activate the glands to improve your immune system, nervous system and circulation

• Relax the mind and body
• Channel emotions to help you confront difficult situations in your life
• Balance your 'prana' (vital energy) and your 'apana' (eliminatory energy), and balance the two sides of the body

• Clears the sub-conscious and eliminates anxiety about the future, helping you to feel internal peace
• Gives you the mental and emotional clarity to fix difficult situations in your life
• The repetition of Sanskrit and Gurumukhi mantras energises specific parts of the brain and restores the pattern of sounds at the heart of every cell, encouraging the cells to work harmoniously together

What are the benefits of Kundalini Yoga during pregnancy?

Every unborn baby is conscious of what its mother thinks, feels and consumes, and during pregnancy mothers have a huge influence on their baby's development. 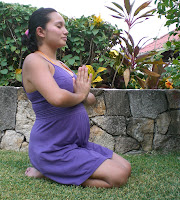 • Heightens your awareness of being a mother.

• Reduces anxiety and helps women to relax and manage the pain of childbirth through breathing techniques.

• Improves the strength and flexibility of the pelvic muscles, so that mothers recuperate more quickly and fully after giving birth.

• Allows mothers to transmit inner peace to their baby, helping it to grow into a stable and peaceful person.

• Builds a strong connection between mother, father and baby.
(n.b. Some mothers attend classes with their partners, and some attend classes on their own. Either one or both parents are welcome to participate in the classes.)

How are the classes different to normal Kundalini Yoga classes?

• The kriyas (series of postures) are focussed on improving the relationship between the mother and the baby inside of her.

• There are certain exercises, meditations and breathing techniques which shouldn't be done by pregnant mothers; and certain ones which are especially beneficial during pregnancy.

• There is more breathwork in a Yoga for Pregnancy class, and the dynamic postures are slower and more relaxing.

• Your partner is welcome to come to the classes with you, so that a connection may be built between both parents and their baby.

At what stage of pregnancy can you practise Kundalini Yoga? 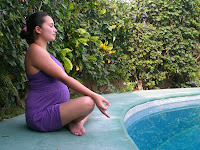 It is safe and healthy to practise yoga from the day you conceive until the day you give birth.

Any mother-to-be who wants their baby to be aware and happy is welcome in the class.

It is advisable to speak with your doctor about any type of exercise you plan to do while pregnant.

Follow your teacher's instructions during the classes and let your teacher know if you have any concerns or pains.


Octavio Mancera Cedillo began practising Hatha Yoga at the age of 18. Two years later he was introduced to Kundalini Yoga, and decided to dedicate himself to its practice and teaching.

Octavio has a very calm and patient nature, which instils an overwhelming sense of tranquility in his students. He always encourages his students to make their greatest effort during classes, and he teaches in a way which enables them to practise the techniques at home and throughout their whole lives.

Octavio's spiritual name, given to him by his teachers at KRI (Kundalini Research Institute), is Shabad Deep Singh.

Octavio has taught Kundalini Yoga to students of various levels and ages. He has been giving regular classes since moving to St Albans in 2011, and he previously taught at a Holistic Centre and a Yoga & Dance Centre in Cholula, Mexico.

He has imparted a one-month 'chakra' course in a yoga centre in Puebla, Mexico. At each stage of the course, the students practised and became familiar with postures, mantras and meditations which focused on one of the 7 chakras. 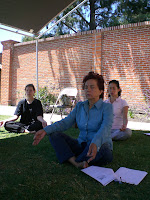 Octavio has also given specialised workshops in local community centres. These include 'Yoga in Dance' (focused on improving posture, strength and flexibility for dancers) and 'Pranayamas' (yogic breathing techniques to improve health, manage emotions and develop concentration - pictured left).

Octavio has studied under the following teachers:

Please email or call if you would like to come to one of the weekly Kundalini Yoga or Meditation classes.

At the moment there are no public workshops planned. Private workshops can focus on any or all of the elements of Kundalini Yoga (breathwork, meditation with mantras, improving posture and strength, etc.). Please get in touch if you would like to arrange a private workshop.


We hope you will be able to come and experience Octavio's classes for yourself. In the meantime, here's what his past and present pupils have to say about him...

"We had never done yoga before Octavio introduced us to the discipline. He explained the meanings behind each breathing technique and each posture. He was very attentive and helped us to do each posture as well as possible. Some classes were calm and relaxing, while others were more stimulating. Octavio has brought us to enjoy yoga a lot and has made us want to keep practising when we return to our country."
Pacôme Bouthillon & Agnès Zilber, France

"I had done some yoga before meeting Octavio, and never really enjoyed it. A friend convinced me to try one of his classes, and after the first one I was hooked. I leave every class feeling completely peaceful and refreshed - no matter what is going on in my life. After practising for over a year, I am now a much calmer and more centred person in general."
Paula Cohen, St Albans, England

"Octavio is an outstanding yoga teacher, who is completely committed to his work. He is charismatic and completely trustworthy."
Margarita Yslas, Director of Casa Gaudí, Cholula, Mexico

"I highly recommend Octavio as a yoga teacher. I have taken classes with him for one year and he has always been very responsible and professional."
Karina Ruiz, Puebla, Mexico

This page contains links and news about Kundalini Yoga, as well as related therapies and services.